The hunt for the fugitive 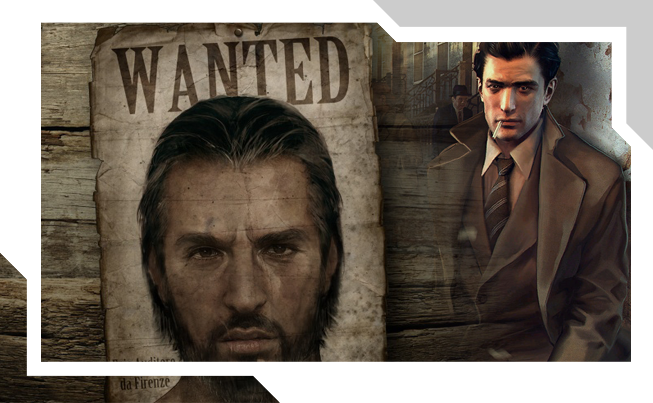 The hunt for the fugitive

Despite the fact that the work of private detectives is very serious, sometimes there are funny cases.

In the midst of revolutionary events in Ukraine, our Agency received an order from American partners - All-American Bail Bonds, to search for a criminal who escaped from bail. The amount of the collateral, in the aggregate, amounted to $ 110,000.According to American analysts, this “comrade” is an American of Armenian descent by the name of Sardaryan, most likely, after fleeing from the USA, he could settle in Ukraine, where he inherited his grandfather’s house.The fugitive himself, according to American colleagues, did not disdain heroin.The complexity of the task was that the fugitive was not only to be found, but also taken out from Ukraine to Moldova, from where he could be extradited to the United States.So, having received water, one of the best private detectives of the Agency, let's call him Igor Viktorovich, together with his partner they started work. After conducting a small analytical study, it was found that the "family nest" of Mr. Sardaryan is located in Poltava, on a mountain near the Holy Cross Monastery.

Arriving at the place, private detectives saw a large red brick house with twenty rooms in front of them. Nice little house. Especially for drug addiction.After thinking about the situation, the detectives decided to start to establish whether Sardaryan is really in this house. And ... they turned to the local regional police department!The detectives found this department of the Ministry of the Interior by pronounced signs - near the gloomy building stood a truck with broken ramps and an inscription on board the Cement.There was that wonderful time when, at the peak of revolutionary anarchy, the Poltava militia became abruptly "with the people."So, when the detectives turned to this charitable institution, the local boss, having seen the arrest warrant for Sardaryan on a piece of paper with an American eagle, immediately offered all the criminal investigators to help. And what is most surprising is disinterested.But modest detectives were content with the district inspector of the district they needed and his assistant. What, subsequently, was rejoiced a lot - the guys turned out to be sensible and immediately realized what they want from them.In the evening of the same day, an inconspicuous foreign car drove up to the Sardaryan’s house, from where the local inspectors came out and began to bypass all the households on the streets. Having reached the desired address, the inspectors completely completed the task assigned to them! Sardaryan’s identity is verified and confirmed, passport photos are taken. As it turned out, he had exceeded the permissible length of stay in Ukraine.

Thanks to this, Igor Viktorovich and his partner found a solution to the problem of extradition of Sardaryan. Now he will do it himself, voluntarily!After conferring with the detectives, the inspectors knocked on the door of the house again. And they suggested that Sardaryan solve his problem with the migration service, if in return he would render service to their colleagues, who would arrive at his place in the morning. On that and agreed.The next morning, the detectives drove up to the house, where they were already waiting for Sardaryan. The guy was invited to accompany them to Chisinau for a meeting with English-speaking partners, where he, as an American fluent in English, will work as a translator. Food, travel and accommodation arrived "strangers" take over. Instead, they solve the problem of extending Sardaryan’s stay in Ukraine.They shook hands and within ten minutes drove towards Odessa.Everything turned out well, and even the fact that only one thousand hryvnias could be withdrawn from the Privatbank card did not overshadow the trip.Fellow travelers chatted merrily, Sardaryan talked especially interestingly about his criminal adventures in Los Angeles. Not knowing that the inner camera of the car DVR is pedantically capturing everything.By night, the detectives reached Kuchurgan and, having issued car insurance, headed for the border with Transnistria.And then an unpleasant incident happened.

One of the detectives did not seize his passport. Moreover, it is the detective on whom the car was issued. Crossing the border is impossible!But there are no hopeless situations, and after conferring, our detectives headed to Odessa, where Igor Viktorovich and Sardaryan safely boarded the bus to Chisinau. But there was one big problem - the detective in charge of financing the operation remained in Ukraine, and only one thousand hryvnias were removed from the ATM (remember the restrictions?).So, with a thousand in my pocket, the object and the detective accompanying it went to Moldova. Their journey ended on the Ukrainian border, where Sardaryan was removed from the bus for violation of migration rules and an expired stay in Ukraine.Igor Viktorovich rushed to the border guards. We must agree, because without Sardaryan the whole trip to Moldova loses its meaning, and the operation can be considered failed.Two hundred dollars were saved, the stash of a detective for an emergency. Thanks to the portraits of American presidents, who are respected by both border guards and customs officers, they put the travelers on a passing bus outpost and told the driver to take them to Palanka.

After twenty minutes of the trip, something prompted Igor Viktorovich to ask the driver, but where is the Moldovan customs? To which he received a direct answer, they say, another six kilometers back was.So, the oil painting is seven o'clock in the morning, along the Dniester, cursing the border guards, customs officers and negligent drivers, the detective and his ward wander about with walking steps.In the neutral band. Cars rush past, but not one stops to toss travelers.To say that the Moldovan border guards and customs officers were surprised is not the right word.Our poor fellows were awarded a full inspection. Having undressed and turned out their pockets, they finally caught their breath after the morning six-kilometer cross-country race.

To the disappointment of the Moldavians, they could not find anything forbidden and interesting. Apologized and released.Already on a Moldovan minibus, a detective with Sardaryan touched the bus station in Chisinau.Local taxi drivers were surprised for a long time when two sweaty and dusty travelers asked to be taken to the President Hotel, the one near the airport.Their surprise was explained after looking at the prices of the rooms. The cheapest double standard in this hotel cost 250 euros. Igor Viktorovich was sweaty, because according to the calculations made in his mind, there would not be enough money left in his pocket even for an hour of living in this room.But he reassured himself that, in an extreme case, in order to avoid shameful eviction, he would pay with a credit card. There was just enough money for a daily stay.The situation was saved by the girl at the reception desk, asking the question, when does the gentleman want to pay for the room or for eviction? The "master" desired to be evicted.

Why did they drag themselves into such a fashionable hotel? The fact is that it was in her that the federal agent made an appointment, to whom the detective had to hand over the fugitive.Reining in with the thought that the agent would not forget about the meeting and arrive on time, the detective and the ward climbed into the room to wash off the road dust.

The agent arrived only late in the evening, when the detective was already completely outraged.Unlike him, the fugitive criminal slept as a righteous man, not even suspecting that after twenty minutes he would wake up already in handcuffs.