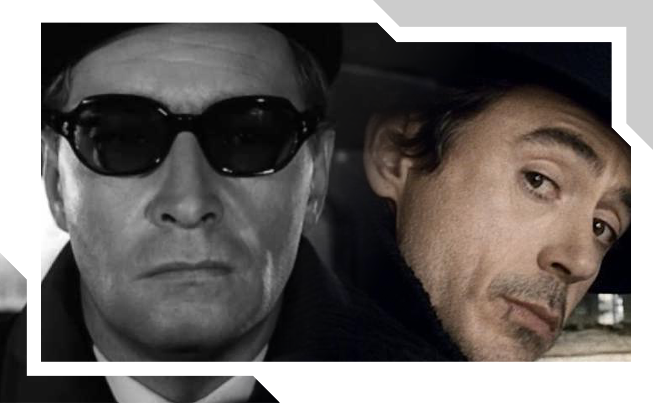 The girl you recklessly in love with does not want to notice you, despite the fact that you are a rich person who sells wholesale toilets? That's right, because her favorite type is the secret agent a la James Bond, and you do not correspond to this image.

Once an inquiry came to the Agency from one of our regular customers.The request slightly astounded the Agency staff, but nothing is impossible if there is a desire, a bright mind and the means to implement the plan ...For a long time, the Client lives and works in Moscow, he has there business and prospects, friends and girlfriends. He himself comes from Ukraine, a man is not poor, owns a house on Rublevka. But here is the problem, the spouse who has remained in Ukraine increasingly saws him in Skype conversations with a view to returning to his native land, to his children.And a man comes up with a “brilliant idea”! It is necessary to convince the spouse that his stay in the territory of a neighboring state is connected with the fulfillment of the responsible task of the Motherland!So, the Client’s request: “Make my wife believe that I am a professional intelligence officer and I am in Moscow on duty”!

Detectives pondered, worked on the biographical documents of the Customer, drew parallels with the events that took place in the life of the Client and his wife and set about implementing the plan:Once, a small motorcade drove up to a panel house in one of the sleeping areas of the regional center - two Gelendvagen guards with flashing beacons and a representative Mercedes. Guards came out of the Geliks, holsters with weapons were clearly visible under the floors of their black jackets.

One of the guards opened the back door of the Mercedes and a gray-haired, respectable man got out of the car. Opening the door with a combination lock, the guards dexterously checked the stairs and the elevator. After that, the man with the other bodyguards proceeded to the desired apartment. (It was the apartment that was assigned the main role - the plan provided for the actions of the guard in the apartment, escalating the psychological situation, considered and described the options for betting different types of reactions of the practiced people. But as always, everything went according to plan). The guard rang the right door, but no one opened. Persistently ringing, he still managed to get the attention of a local resident. A voiced boyish voice asked from behind the door, saying who are you and what do you need?“

Boy, call your mom,” the guard said affectionately. And then the first surprise followed! “And mom is not at home!” (Although the Client swore that today and at that time his wife would certainly be at home!)“Maybe there is one of adults?” - the bodyguard did not give up. After some time, a man in a work suit scaredly opened the door (It would not have been scared when all the space visible through the “eye” was filled with six of the same type of square “mines”!)

It turned out that this is the mistress’s brother, helping her to make repairs and looking after the children while her mother is shopping in a supermarket on the other side of the city.Then the representative man explained to him that they were his brother-in-law’s colleagues and he flew here on a business plane from Kiev only in order to personally communicate with the wife of one of his best officers.

A stunned brother dialed his sister's phone in a daze and handed it to an alien. In two words, having stopped the panic on the other side of the air, the senior officer agreed with the woman that they would now arrive at the place indicated by her and explain everything personally.The motorcade rushed off the streets of the city, dispersing the weaving cars and announcing the roar of sirens. From the windows of the house he was escorted by a look of surprised neighbors and the mistaken brother of the mistress. (This was a problem and a likely failure. After all, the conversation in the supermarket cafe was sharply cut off from the well-organized plan of psychological impact, in addition, the crowd of security would attract unnecessary attention and play a clearly opposite role. It was decided to have a conversation in the parking lot, in the salon one of the car monsters.)

A roaring cavalcade burst into the supermarket parking lot and stood still. The guards trained slept out of cars and took up positions. The gray-haired man moved from the passenger Mercedes to the back seat of the Brabus.After a while, a woman was brought to the car and helped her sit down in the salon. She appreciated with a glance the nameplate of the car’s belonging to the Foreign Intelligence Service (a simple pension certificate, turned upside down to the side panel) and Glock, which looked out from under the floor of her interlocutor’s expensive jacket and was very tense.Half an hour later, after familiarizing herself with the “personal file” of her husband, “senior officer of the Foreign Intelligence Service” and comparing the data contained in him with the moments known only to her and him of their life together, she still believed in the reality of what was happening and lost consciousness.Bringing the lady to her senses, the officer explained that this acquaintance (certainly under a non-disclosure subscription) was allowed by the senior management of the Service, because otherwise, by her actions, she would endanger the most difficult multi-year combination, as well as the life of her husband.On that we parted)) And if you believe the information from the Client, then soon he will "rise" to the general))