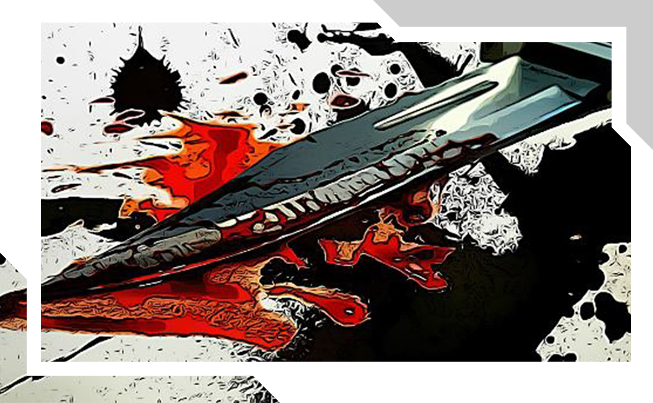 Nowadays, a huge number of scammers have divorced, possessing the innate or acquired gift of persuasion, which often enter the life of gullible people and like sticking fish suck out their vitality, destroy their family, career, life.

Once a woman asked the Agency with a strange request:Her husband, let's call him Vladimir, a very wealthy businessman, suddenly became interested in witchcraft, magic and various occult sciences.Fortunately, the funds allowed him not to deny himself the purchase of literature, amulets, "artifacts." His little “hobby” didn’t harm his family, and all his family members treated him like a natural whim of a rich person.This was so until Vladimir met one of the "gatherings of adepts" with the "hereditary sorcerer and magician" Vasily.

Since then, the whole life of the Vladimir family went awry:Vasily moved to Vladimir’s house. Playing on the enthusiasm of his “ward” with magic, made him believe that he himself was a great wizard. Using Vladimir's unconditional trust, Vasily gained access to his money, began to spend it on his needs and amusements, bring various women to the house, and the like.The life of the wife and daughter of Vladimir turned into hell. All attempts by relatives to open their eyes to the fact that Vasily is just a clever fraudster who uses Vladimir and is crying for his money rested against a wall of mistrust and even aggression from Vladimir.

The disbelieving woman turned to the Agency for help. And then, this is what happened:A courier from a foreign notary office came to the office of Vasily, where Vladimir arranged it. Having received a package for painting, Vasily opened it and was dumbfounded.In a letter from a notary public, whose office was located in one of the European countries, it was indicated that he, Vasily, was invited to open the will of his distant relative.Payment for a round-trip flight and accommodation is assumed by the receiving party. Tickets for the plane in his name were right there in the bag.Enthusiastic Vasily, without hesitation, went on a voyage. At the airport of arrival, he was met by two harsh guards in a huge black jeep.

On the way to the hotel, the senior security guard briefly described the situation: it turns out that Nicholas, the deceased relative of Vasily, was a multimillionaire and had his only son, who was supposed to inherit his entire fortune. But seven years ago, a son who has considerable weight in the criminal circles of Buenos Aires, decided to accelerate the course of natural events and remove his long-lived dad.The attempt was prevented, but as a result, the son was ostracized and deprived of an inheritance.Sensing his imminent end, Nicholas flew to Europe, where he secretly drew up his will. Vasily was chosen as the heir, who is not a direct relative of Nicholas, but bears the same surname.The biggest problem that Vasily now faces is to survive these three days after the will is opened and before the inheritance. Since Alan, the son of the deceased, nevertheless found out about the will and will do everything to remove the opponent from the road, up to his physical destruction.But they will take care of this, according to the last will of the deceased, they, security officers of Nicholas.The stunned Vasily, in whose head hundreds of portraits of American presidents with six zeros on the scruff, was already spinning, agreed to everything.

The jeep drove up to the notary's office, which occupies an entire floor of an old building in the city center. The office was deserted, and only the owner of the office, a gracious noble gray notary with his stunning blonde assistant, greeted those who came.Everything must be kept secret, according to the will of the deceased. Therefore, the notary let all the staff go and stayed with a particularly close person. The beautiful assistant turned out to be the daughter of a notary.The will, written on beautiful paper with many watermarks, was opened.Vasily turned out to be the only heir to the multi-million dollar fortune, “steamboat factories”, apartment buildings in Argentina and a luxury villa here in the European capital. The happy Vasily even managed to persuade the notary's daughter for a romantic candlelight dinner.

Together with the security, Vasily went to his new property. The villa was located within the old city and was a luxurious two-story building in the Empire style, surrounded by greenery.All day Vasily enjoyed the luxury of falling from heaven when a telephone rang in the living room and the gentle voice of a blonde invited him to one of the luxurious restaurants.Accompanied by security, Vasily rushed to the restaurant. A romantic evening by candlelight was held in front of the security guard, who were sitting at a nearby table.Then the blonde drew the velvet curtain of the cabinet, hiding a couple from annoying guards ...Vasily woke up from a powerful blow to the face.What's happening? Where is he?

Looking around, I realized that he was lying in one underwear on the floor of one of the bedrooms of his villa. His hands are handcuffed and hits him in the face to bring to life an unknown person in civilian clothes, behind whom are two gendarmes in uniform.What are they doing in his private house? By what right? They will answer for it!A man in civilian clothes silently lifted Basil to his feet and pushed toward the wide bed under the canopy. There, in a pool of blood, lay a beautiful blonde, and terrible cut wounds on her body could shock even the most powerful person.Vasily looked at himself in a panic - he was all smeared with blood!You are a killer! And you will answer legally for this terrible crime!A man in civilian clothes spoke a lot, distorting Russian words, but the essence of his accusations was clear to Vasily and a sticky nightmare already floated into his muddied mind.This is the end! He was at the top of his life, and now he faces a twenty-five-year sentence, and then if the jury will be merciful.But looking at the girl’s mutilated corpse, Vasily realized that there would be no talk of any pity for him.The gendarmes in uniform dragged naked Vasily to the exit of the building, and the police commissioner - it turned out to be that a man in civilian clothes was already on the phone, calling the operational investigation team at the crime scene.

The gendarmes led Vasily to a company car, when suddenly one of them gave way to his legs, and he fell. A second gendarme followed.Turning around, Vasily saw his guards, who grabbed him in an armful, threw him into a jeep and rushed from his place.Security guards brought him to a rented apartment, where Vasily, who caught his breath, found out that he had drunk a lot in the restaurant and forbade the guards to accompany him.In the company of a blonde, he returned to his villa on an SUV. The guards had to get a taxi.The door to the building was closed, and the guards settled in a jeep, since there was a spare set of keys.Silent night was broken by terrifying female screams. A neighbor man approached the villa. They, by fateful accident, turned out to be the city police commissioner, who lives with his family in the neighborhood. Knowing his face, the guards decided not to shine. The screams did not stop.A few minutes later, a gendarme car, which, having opened the front door at the command of the Commissioner, pulled in, rushed inside the villa, blinking a chandelier.The guards do not know what was going on inside, but when they saw two gendarmes leading their client, they decided to intervene and repel him.

One of the security personnel, who had connections with the local police, decided to go to the office and find out what their client was being charged with.He arrived darker than night. Silently pulled out a few sheets of paper. On one of them was a photo of the murdered notary, whose half-head was demolished from a shotgun and targeting the serial killer - Vasily.In the orientation there was a photo from the documents left by Vasily in the villa, as well as all his data. The appendage below is armed and very dangerous and did not inspire optimism.The security said that all the documents from the notary’s office, which related to the inheritance of their former boss, disappeared. Now they can do nothing to help Vasily. Only get clothes. And then he himself.He cannot be caught by local law enforcement officers or return to his homeland - the data on his crime was transmitted to Interpol and to Vasily’s place of residence. On this and said goodbye.Despite the fact that carrying out this operation was very expensive, the daughter and wife of Vladimir were satisfied.

And businessman Vladimir had to get used to a new life without Vasily's sticky fish.