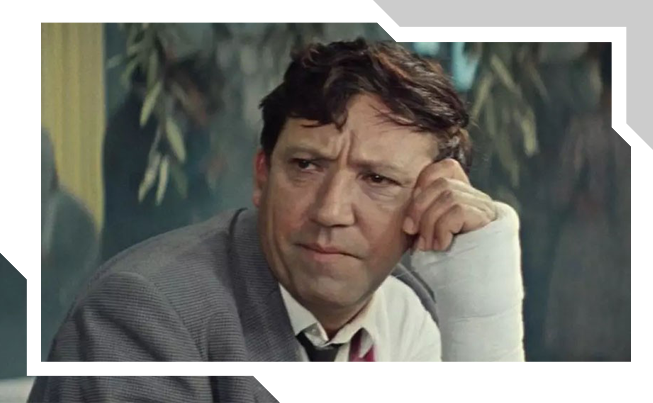 When a person purposefully searches for something and does everything to find, luck comes to his aid. This story is about professional luck of private investigators in the investigation of one of the first cases of the Agency.

In the work of a private detective, an important role is played by professional luck. Although luck is the result of a focused and comprehensive entry into the investigation process.So, once a man came into a detective agency and, introducing himself as Sergey, asked for help to find the thief and return the stolen money.

As it turned out, this businessman was buying precious metals and rented an office on the ground floor of an office center located on the main street of the city.In the corridors and offices of this business center, many security cameras were poked. But, as soon as Sergey left the office for a few minutes in the “office with two zeros”, an unknown person entered the businessman’s office and took away a purse lying on the table with weekly revenue and credit cards.It happened the day before the businessman contacted a detective agency.He answered affirmatively to the natural question of private detectives whether Sergey contacted the police. He said that the police arrived, questioned him, took fingerprints from the table and the doorknob and promised to be “aroused” for a thousand bucks. But they did not promise to find.Therefore, Sergey came to private investigators - after all, the stolen money was not his, but the company's proceeds.One of the detectives went to the crime scene with Sergei.Indeed, security cameras were not only in the toilet.

At the request of the detective to show the video yesterday, the security guard of the business center refused, but the detective, together with the client, convinced him that otherwise, the amount of the stolen would be requested from the security company that had misrepresented the attacker.As it turned out, the picture from only fourteen surveillance cameras was displayed on the screen; the "guards" did not even know how to view the recording from the rest. According to them, they were only told to watch and not touch anything.Using the “scientific poke” method, it was possible to find a recording from video surveillance cameras in the corridor and in the office itself and see the thief in person.After making a few freeze frames and recording the video on a USB flash drive, the detective told Sergey that he was going to solve this case and, if successful, the client would have to pay five hundred dollars, a small amount compared to the stolen one.

Having taken a prepayment of one hundred dollars from the client, the detective returned to the office to puzzle his employees.In the freeze frame of video recording from surveillance cameras, a young man of short stature was visible. And he had one SPECIAL TEST! The thief’s left hand was either bandaged, or in plaster.

The detectives consulted doctors and found out that the wanted object (based on the photo) had either an open fracture or a severe burn a week ago, and he needed constant daily dressing.So, the detectives went to the clinics.The day after the client’s appeal, one of the detectives, returning from the “ambulance” with a list of complaints of similar injuries, got out of the car near the central market to buy mineral water in one of the stalls. Taking water, out of the corner of his eye fixed some kind of abnormality in a man standing near a neighboring stall.

RightA plain-dressed man was buying the most expensive beer.Still not realizing what was holding him in place, the detective continued to watch. The man, turning around a little, showed the detective his left hand. Dressed in plaster!It doesn’t happen, the detective thought. But when the man turned around, it turned out that he was an exact copy of the subject from surveillance cameras.But doubts continued to torment the detective, and he wandered along a deserted street for a peasant sucking beer. After some time, the man began to look back at the detective, and the detective decided to approach him, with some kind of innocent question.Knowing that this direction leads directly to the station, the detective told the visitors and asked the man to show him the way. On the way, I asked the fellow traveler, but what about his hand?“I hit him with a circular saw at the factory,” he answered. "And where was they treated? In Bavaria ..."The station was approaching, and the detective still, not believing in luck, decided to act.“You went great in the photo,” he said to the peasant.“Where?” He scared.“On CCTV cameras when robbing an office in a business center,” the detective replied.

Such a fast start and stunning spurt, the detective had not seen for a long time!The thief slipped in front of the tram and disappeared into the forecourt. Having run in vain across the square for half an hour, talking with nothing and seeing no one (as always) patrolmen, the detective went to the office.That's right, colleagues said after hearing his story. You set yourself the goal of finding a thief, not catching it? So I found it. :)And now you have to work ...

Detectives found that in Bavaria there are three clinics that perform manipulations for injuries similar to those that the thief had. And immediately left for the place.The day was drawing to a close, with two hospitals behind him, talking to surgeons on duty, looking at treatment logs and no result. The last in the list of detectives was the clinic of hand microsurgery. But even there, communication with doctors in the ward did nothing.Desperate, the detectives are about to leave when the nurse from the dressing room entered the reception department and, glancing at the photograph of the criminal lying on the table, asked what was taking a photo of their patient here?Bingo! Flowers and sweets were immediately purchased and presented to the girl, and in gratitude, the name and home address of the attacker were received.

Having broken through the place of registration of the thief, we found out that he gave the clinic incorrect information about his place of residence. A group of detectives went to a real address for detention ...And again a dead end!At this address was a huge hostel of one of the factories of the city. And the tenants there were such as those of Ilf and Petrov. I had to carry out the standard police procedure apartment-by-apartment (in this case, room-by-room) detour. We got acquainted with the Chinese, Arabs, Vietnamese and other national minorities, to whom the enterprising dormitory residents passed their fragile dwellings.And only in room 117 (how not to recall the old Criminal Code of Ukraine!)), A lady of Balzac age uttered - so this is Sasha, the son of our friend, Vladimir!Posing as school friends of Alexander, who live in another city and, by old memory, drove to his old address, the detectives asked if the lady had any contacts of this family.

“I visually remember, here in the village, not far from the city, the woman said, but I have the mobile and city number of Sasha’s father!” What is needed!After thinking it over thoroughly, one of the detectives dialed the number of the thief's father and, introducing himself as the attending physician of Alexander, complained that he did not go to dressings.Having told the father of the attacker a history of his injuries, he asked for his son’s mobile number.“My son is now in another city, I won’t give you the number, but I’ll give him your phone number so that he will contact you,” Vladimir said.

Everything was gone, the detectives thought, not the same idiot Alexander, so as not to realize that they were just looking for him!It turned out to be an idiot. Seven minutes later, the detective's phone rang and someone else's number was displayed.“Doctor, this is Sasha, I’m in another city, don’t worry, they are dressing me,” the subscriber said.

“Alexander, I’m not worried about your brush, but about your general health,” the detective said."Why? Is everything really so bad with the hand? ”Asked Alexander.“Alexander, when you robbed an office in a business center, you did not even notice that cameras were everywhere stuck there, you left a ton of your fingerprints.We found you the very next day, but did not even run after you when you decided to hide from fright. You will not be able to hide with this money all your life.

So, you have three options.First - you voluntarily return the purse with all the money, and you are released in peace.Second - I pass on all the information about how to find you to the police and you are provided with a term.And the third option - I pass on the information about you and your relatives to the customer, and then you will no longer need doctors or police. ”“Doctor, but I’m in another city, I’ll come only tonight, at 22:00,” the thief blurted out.“

Fine, then at 10:15 p.m. we will meet at McDonald's, and I will regard your any delay as a refusal to agree,” the detective answered and hung up.It was a game on the verge of a foul.Detectives contacted the customer of the investigation and briefly described the situation to him.Sergei asked if he could come to the meeting place. Not only it can, but it should, because the detectives promised only to find a thief, and the client will already deal with the return of stolen money.

At 21:16 a telephone rang, and the thief in a crying voice asked to change the place and time of the meeting, citing the fear of beating or arrest.The detectives went to meet him, appointing the place of "rendezvous" - the office of the victim and the time was 9:30 in the morning the next day.

Calling to warn the client, the detectives found out that he was already at the prospective meeting place and was eager to see the long-awaited "goddaughter". I had to disappoint him.Nine o'clock in the morning the next day. Customer office. The client and his colleague rush about in the office. A detective crouched on a chair by the wall.

Waiting for the hour "X". The client wonders if the thief will come. To which the detective answers - the identity of the attacker is established, the phone number is known, the place of residence of the family is also. If you don’t come, it will only slightly delay your time at large.9:30 a.m. The silence of the office is broken by a telephone trill. The thief is ringing. "Doctor, I got stuck in a traffic jam, don’t worry, I’m already entering the building.

"Three minutes later, the cabinet door opened and the detective said: “Sergey, get acquainted, this is Alexander. The one that robbed you "As it turned out, the thief managed to spend a thousand bucks from his purse in these two days. He had to write a receipt.And then, the door swung open and two cabinet-shaped subjects entered. One is higher, the other is lower.The one below said: “And where is this thief? We are taking it. "The thief whined in horror: “Doctor, you promised that they would let me go!”“No, guys, it won’t do that - I gave my word, I will keep it. You won’t pick him up, ”said the detective.

The thief was released with God after he wrote “sincere” and signed his testimony. So, just in case. Which, incidentally, motivated the thief to return what was spent as quickly as possible.As it turned out later, these were the friends of our client, employees of the Organized Crime Control Department, who arrived to support their friend.Already sitting in a cafe for a “glass of tea”, they expressed surprise that the detectives so quickly found a thief and told that they convinced a friend that contacting a detective agency was just a waste of money.“

By the way, you have a fee,” the detective recalled.