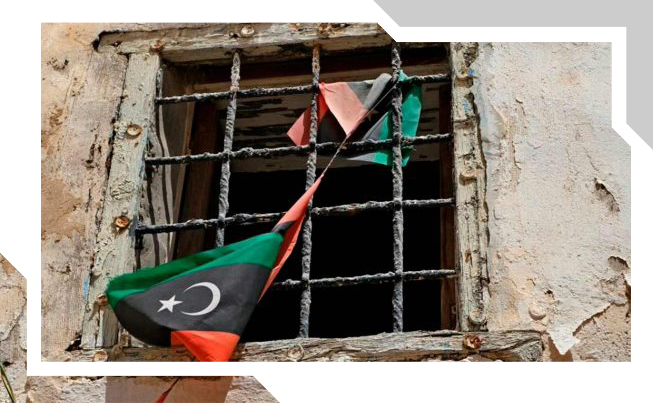 In the life of a private detective, there are situations that sometimes seem unrealistic to them. One of them is in this story.

One day, a man of forty-five approached one of the Ukrainian detective agencies.Detectives have long been accustomed to the strangeness and eccentric desires of clients, but this client's request exceeded their expectations.

So, in addition to his wife, the client, a well-to-do businessman, had a girlfriend. This young, promising young surgeon was invited to work at Ibnou Sina Hospital, Sirtah's best clinic in Libya.

A committed young woman missed the last evacuation flight and was forced to stay in the flames of Libya's civil war. And after the introduction of the no-fly zone, it was not possible to get out of the country safely.And the man asked the Agency to make a private evacuation of his beloved.A considerable amount of adventurism is inherent in Ukrainian detectives, and well thought through, they agreed to hold such a risky event.

Having worked out a plan of activities, it was decided to fly to Egypt's El Escandary (Alexandria), and then, by land transport, following along the Mediterranean coast, to cross the state border of Libya and avoiding large settlements to reach Sirte.

In Egypt, where detectives were planning to rent two SUVs, they had to face some difficulties, as they found out they were not allowed to rent cars after finding out the intended direction of the mini-caravan.But soon, a solution was found - one of the Agency's employees raised his former agent, and soon a cavalcade of three cars with a local conductor headed toward the border.The planned one and a half thousand kilometers of the route, due to hostilities in the country of destination and the route laid at a safe distance from large populated centers, stretched for three days.

Having reached Sirte, detectives managed to find Olga (the client's girlfriend was called). However, due to the aggravation of the situation in the country, the evacuation route had to be changed. Despite the fact that the mileage was decreasing, but difficult terrain and distance from settlements increased the time to overcome it.

We will not go into the details of the trip, some of which had to be overcome by horseback, but the mini-caravan safely reached Cairo, from which two detectives went home, and Olga, accompanied by one of the detectives, drove through Suez in the direction of Sharm el-Sheikh.

There, at the Marriott Hotel, her lover was waiting for the operation to end.