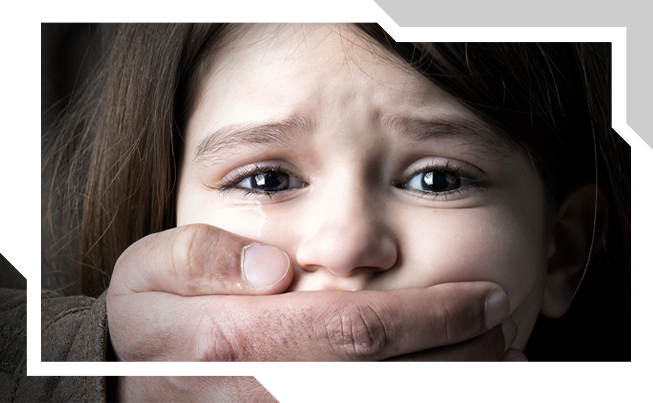 For centuries, the most viable way to influence a person is to threaten the life or health of people close to him.

One day, a gorgeous mansion of one of the Ukrainian oligarchs, located in a cottage near Kiev, came to grief.Neither the state protection provided by the oligarch, nor, in combination with the deputy minister of one of the line ministries, money or communications helped.He was kidnapped by his son. Just one sunny day, he was called to a phone whose number was known only by relatives and reported. The first thought is someone's stupid joke. But the son's cellphone does not respond, to contact his guard, who accompanied the first girl to one of the elite schools in Kiev, also failed. The rich security service was put on its feet, but all that was found was a fainting bodyguard lying in the ambulance where the ambulance team had brought him.All we have to do is wait. Wait for the kidnappers' demands.

And they came.It is necessary to pay tribute to the security service of the deputy minister, who was headed by a former counterintelligence officer - thanks to the received requirements and other indirect data, it was possible to assume who was behind these abductions. But not only did it not help in solving the problem of the boy's release from the paws of the kidnappers, but it worsened the situation.

After all, the powerful enemy was directly related to the intelligence services, bearing considerable weight at the country's political Olympics!This means that neither the police nor the SBU can be contacted. Otherwise, the son will be turned, but in pieces. And the security service is focused primarily on the protection and prevention of encroachments, not on operational search operations, and even more so, the release of hostages.He found the same old counterintelligence outlet - by his line of work, he oversaw the work of detective agencies and had some information about their real capabilities.Calling the head of one of the Agencies in Kiev, he outlined the essence of the problem and asked about the reality of its solution.Within a short time an operational headquarters was formed consisting of the head of the operation, three private detectives and a psychologist - a specialist in critical situations.The psychologist had to work hard to support the father of the kidnapped victim who panicked and to model his behavior in dealing with the kidnappers.This made it possible to invent the time required to prepare the operation to release the boy and to make a psychological portrait of one of the kidnappers.

The Agency's private detectives, in conjunction with the head of the operation, obtained from the head of the oligarch's security service some information about the potential abuser and his, identified several places where they were likely to have held the child and went there to verify these assumptions.They were able to find out that in one of the designated places, for several days now they have rented a house and live together by two men, and recently they arrived on a minibus and brought something into a house wrapped in a blanket.Having tracked this house, it was possible to find out and establish the fact of having a baby in the house.

After that, the client had to make a difficult decision - to pass the information received from detectives to the police and wait for the result or give good for independent actions to the Agency's specialists.Therefore, the decision was made and the plan of operation was approved.The assault group took positions around the perimeter of the house.It helped, as always the case. One of the kidnappers got bored of playing the role of a nanny at a shmarkachev, and he decided to go to the only local gandeliki for a drink.

Where he found his soulful companions from the Agency detectives. By conducting "under the white handles" of the new sidekick, who turned out to be an active employee of the GAI, to his colleagues, detectives were provided with comprehensive information about the planning of the house, the place where the hostage was kept, as well as the personal characteristics of the abductor who remained in the house.Adjusting, based on the information received, the plan of the operation, managed to lure the second abductor out of the house and immobilize.The boy was released.

It cost the father a considerable amount, but there is nothing in the world more expensive than the life and health of the child.